by Raz Ohara and the Odd Orchestra 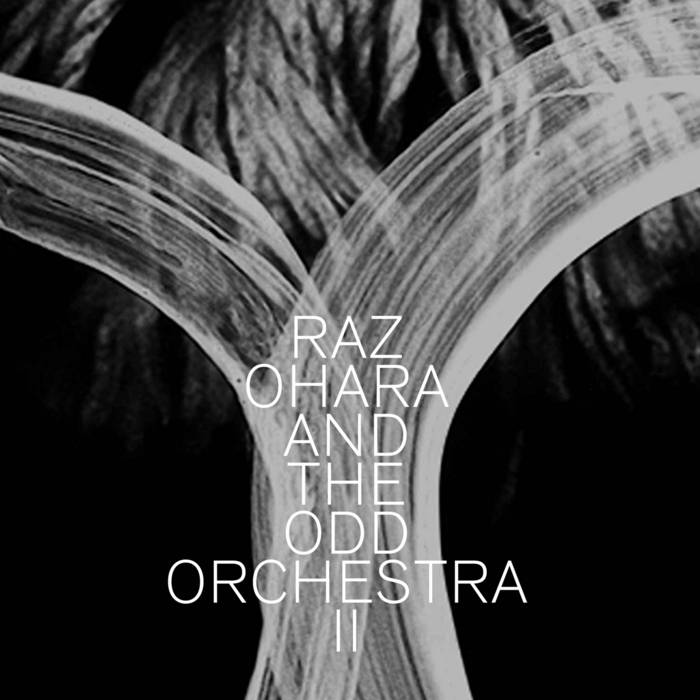 The origins of the album are in summer 2008, when Raz embarked on some informal jam sessions with guitarist Tom Krimi on the latter’s outdoor terrace. This relaxed, natural approach to music-making suited the duo perfectly, and they soon decided to take it one step further: to escape the city, and write and record out in the countryside. You can almost hear the fresh air blowing through II, the insect life teeming in its undergrowth.

The process was simple: Raz would program rhythms, simply to give himself and Tom a “clock” to jam around, and play some loose chords on acoustic guitar or bass; Tom would join in with effects-laden guitar and a 4-track loop machine. These sounds were then developed, re-arranged and finessed by Raz with his long-term collaborator Oliver Doerell (who worked on Raz Ohara’s previous album, and is also known for his productions as Dictaphone and Swod on the City Centre Offices label) – giving them the real Odd Orchestra touch.

Raz was also inspired by some of the folk and gypsy-style music that he was hearing at small festivals outside Berlin, music that wasn’t expressly clubby but which nonetheless enchanted and entranced people – and made them dance, made them jump for joy. Raz journeyed deeper into the woods and set about exploring the full range and dynamics of his voice, developing a more organic, expressive and plain joyful style of singing for II.

Letting the melodies come to him naturally, rather than mechanically seeking them out, the composition process was simple and direct; within a few days half the album was on tape. Throughout the album the vocal parts you hear are usually the very first take – Raz was keen to capture the magic of a newly formed melody, that fleeting, powerful feeling which tends to erode when you re-record and re-record.

Opening with the plaintive, cinematic scene-setter – the first of three gorgeous bridging instrumentals – we’re drawn straight into ‘The Burning (Desire)’, which matches jazzy shuffling drums and double-bass with crisp digital edits and a multi-tracked vocal from Raz that is more open, more vivid than anything we’ve heard from him before, but no less intimate. The loop-heavy, classic-sounding psych-pop of ‘Losing My Name’ and the beautifully arranged, tumbling ballad ‘Varsha’ are just incredible: shimmering, shifting pieces richly evocative of an idyllic woodland hideout.

‘Wildbirds’ is perhaps the most unusual and overwhelming tune here, a blindingly colourful, dense tapestry of zig-zagging vocal harmonies, guitars, keys and strings. ‘Kingdom’ with its backwards FX, martial drums and pretty xylophone loops is similarly impressive. The album ends with the plaintive but optimistic ‘Praise The Day (No One Owes You Nothing)’.

II is certainly less melancholic than its predecessor – it’s imbued with good feeling, energised by the rhythms and cadences of summer and the great outdoors - but it’s not euphoric; there is an underlying note of caution, of trepidation. This emotional mix is what makes the record so powerful, especially when allied to a similarly ambiguous musical mix: one which imperceptibly melds folk, classic pop, electro-acoustic experimentation and modernist electronics.

Sampa The Great joins the show to discuss her release, "As Above, So Below".