by Francesco Tristano feat. Derrick May 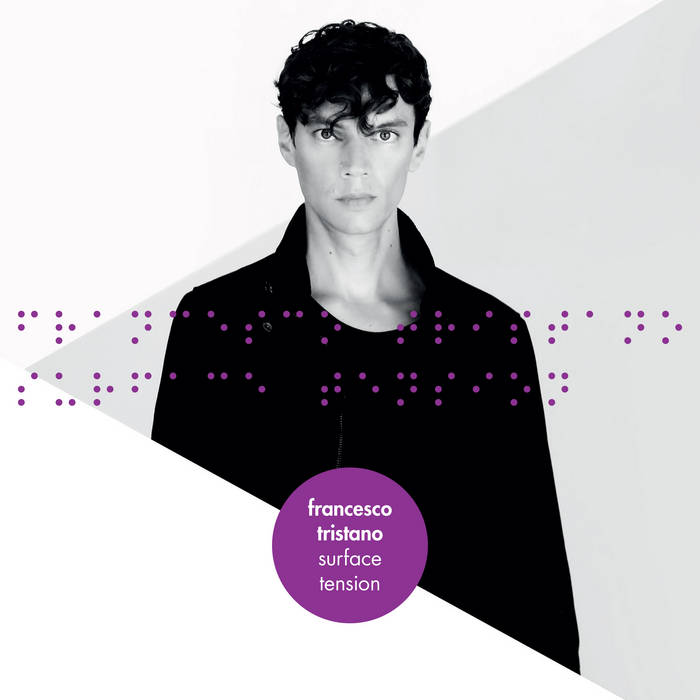 It’s not everyday that pianist and composer, Francesco Tristano, joins forces with one of the Belleville Three — the godfathers of Detroit techno — and yet, anyone who’s followed the Luxembourg artist will know that expectation is not a currency he deals in.

Set for release on Transmat, the groundbreaking label from said techno pioneer, Derrick May, Surface Tension is not just the latest album from the prolific Tristano, but perhaps the most significant in his ongoing explorations into electronic music.

Described by the man himself as his “most techno and synth-based project yet,” the eight-track effort is both a celebration of electronic instrumentation and the first record May has worked extensively on for the better part of two decades. “I had to lure him into my studio,” Tristano says of May with a smile, “he was like Alice in Wonderland when he saw the synthesizers.”

Originally developed as a way create new material for Tristano’s p:anorig project — a unique live set-up debuted at Barcelona’s Sónar festival earlier this year, which finds the artist surrounded by large array of keyboards, synthesizers and other equipment (although ironically, no piano) in full view of the audience — Surface Tension grew into a project in its own right. Now 34 years old, Tristano explains that he is only now at a time in his life where he has a studio he can truly call his own.

“I can hook up all these synthesizers that I’ve picked up over the years,” he continues, “it’s the fulfilment of that.” With a collection of analogue, digital, classic and modern gear — ranging from Prophets to Moogs, to Rolands and Yamahas — at his and May’s disposal, Tristano has aimed to keep processing to a minimum from the word go. The pair aren’t just using these synths, they’re paying tribute to them: honouring the rich, recognisable sound palettes that have made them household names.

The result is an album that feels, at once, nostalgic and fresh; that feels like an old friend, but one who never ceases to surprise. From the ambient vision of ‘esotheric thing’, drifting along to the sound of birdsong, to more beat-centric pieces such as ‘0001 mentor’ and the quirky ‘0001 xokolade’, the equipment, and the love it’s been treated with, shines through.

Both Tristano and May’s individual presences are obvious too, yet work in a way so complimentary to each other as to blur the lines at which they cross. ‘Pacific FM’ is a lesson in uplifting techno, keys fluttering over padfoot bass; the futuristic Detroit dance of ‘1 In Da Minor’ is undercut by eerie, unpredictable glass synth-work; ‘Rocco’s Bounce’ is free-form jazz tugged into line by structured four-to-the-floor; there’s even an itchy, jittering, Decca Records-sanctioned remix of Japanese pianist and general Renaissance man, Ryuichi Sakamoto’s classic ‘Merry Christmas, Mr. Lawrence’.

Tristano hasn’t abandoned his roots — they’re deep, but there, for those who wish to find them — yet has simultaneously transcended what it means to be a pianist in the 21st century. Tristano and May have brought together old and new, within themselves and on a wider musical level, and in doing so, rekindled the spirit of futurist expression that techno was first founded on all those years ago.

The name says it all: Get Physical tracks could hardly be more moving and corporeal.